How do Iotron make copper-67?

The use of copper-67 radioisotope has been severely limited up to this point because it has traditionally been difficult to obtain, was often not very pure, and also expensive.  Iotron are commercializing a new production method developed at the Argonne National Laboratroy in Chicago based on electron beam technology.

This patented technology uses a compact electron beam accelerator to make copper-67 from an enriched zinc-68 target.  The copper-67 is separated from the target using a sublimation process which also facilities rapid and efficient target recycling.  The resulting copper-67 has high specific activity and low chemical and radiochemical impurity levels. 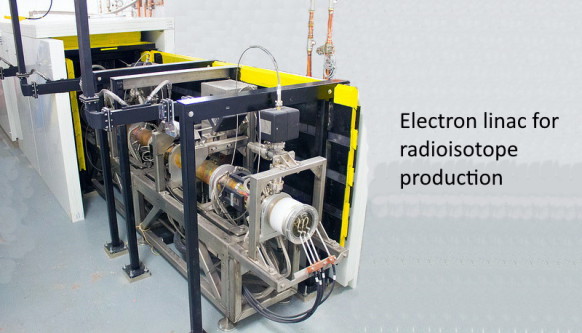 Iotron have an exclusive worldwide license to commercialize the patented Argonne production technology.  The three granted US patents are provided below (Europe and Japan patents also granted):

If you have any queries or wish to contact us: